Research methods in the study of language: an introduction with particular reference to statistical techniques

Topic 2: Why do (some) language researchers need to know something about statistics?
– Presented as answers to a series of questions, including:
Why do linguists need statistics at all?
Do all linguists need statistics?
Surely statistics is associated with formal, ‘scientific’ kinds of language study?
So what kinds of things can I do using statistics?
What is meant by ‘data’, and what are ‘variables’?
What is meant by the ‘level of measurement’ of a variable?
What is a hypothesis and how can I test it?
Are statistics and research design closely linked?
What should I do to find out more about statistics in relation to language studies?

Topic 4: Hypothesis testing: fundamental concepts
– Why statistical tests are (often) necessary to test a hypothesis.
– The stages in carrying out a hypothesis test:
Stating the null and alternative hypotheses
Selecting an appropriate test of the null hypothesis
Carrying out the test and producing the value of the test statistic
Determining the significance level associated with this value of the test statistic.
– The factors involved in choosing an appropriate test:
The level of measurement of the data (truly quantitative, ordinal, nominal): the difference between parametric and non-parametric tests The characteristics of the frequency distribution of the data
The type of research design (independent design vs repeated measures or matched pairs designs)
The number of groups you want to compare.
– The concept of a test statistic and the associated significance levels.
– Effect sizes.

Topic 6: (1) Summary of parametric and non-parametric tests for comparison of ‘averages’ of more than two groups. (2)
Correlation
– Tests for differences between the ‘averages’ of more than two groups
Table showing the tests available and their requirements
– Correlation
What is correlation?
What tests are available for assessing the significance of correlations?
Example of a Pearson and Spearman correlation tests, as carried out using SPSS. 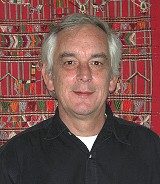 Mark-up
1. handling marked-up text, colour
2. getting POS mark-up for your own texts
3. adding your own mark-up

There will be plenty of opportunity to get hands-on experience with this software especially in the Thursday session. Data will be available for all to use but some participants will prefer to use their own data and that will be encouraged. 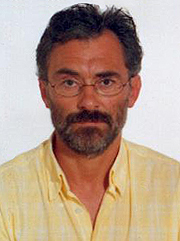 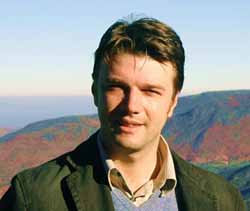 16:00 – 17:00 Critical discourse analysis and corpus linguistics 1
This session considers the range of ways in which corpus linguistics can be used in order to carry out critical discourse analysis. We consider the benefits of using keywords, concordances and collocations, as well as addressing a number of pitfalls involving under- and over-interpretation which can occur in analysis.

17:00 – 18:00 Workshop activity 1
Students will follow a set of step-by-step instructions using WordSmith in order to carry out a corpus-based CDA on a corpus of newspaper articles about the subject of ‘metrosexual men’.

18:30 – 19:30 Critical discourse analysis and corpus linguistics 2
This session describes and evaluates a 9 stage model that was developed by Baker et al (2008) for carrying out CDA using corpus methods. The model is described via a recent analysis of a corpus of newspaper articles about Muslims. Additionally, the issue of whether corpus procedures produce an unbiased and replicable analysis is addressed, with the description of an experiment involving giving 5 analysts the same data and asking them to produce a report.

19:30 – 20:30 Workshop activity 2
In this workshop activity, students will each be presented with a corpus containing newspaper articles about ‘chavs’. They will then be assigned into one of four ‘method’ groups, and given a specific way of examining representations in the corpus. Towards the end of the session, we will compare our findings and discuss issues regarding best practice.

In this seminar, developments mainly from cognitive linguistics will be adapted for the close analysis of political and institutional discourse. In particular, the close grammatical analysis of force-dynamics and action-chains from cognitive grammar will be used to explore the attempts by ideologically-salient texts to position readers into a preferred response. Examples for investigation will be supplied, but it will also be useful if participants could bring any other texts that they regard as trying to ‘position’ them as readers in some way (in any language, though you will have to do the analysis yourselves outside English!). The nature of resistant readings will also be explored. Where traditional critical discourse analysis has largely drawn on systemic-functional grammar for its analytical apparatus, the comparability of cognitive grammar as a useful tool will be evaluated, including a consideration of the possible advantages of moving on from a purely functionalist model.

This seminar takes some of the insights which have been developed in cognitive psychology in order to examine the workings of literary texts and their readings. Although meaningfulness will of course be an important concern, the emphasis will be on the ‘texture’ of the literary experience: this term is used to focus on the sensations, emotions, moods, and general aesthetic effects that a literary encounter might produce in a reader. The seminar will consist of a short introduction to some key analytical frameworks in worlds theories and their usefulness in tracing readerly relationships, and then practical explorations of a range of literary texts and readings. These will be very ‘hands-on’ and will be judged successful if the participants in the seminar end up crying, angry, or laughing. The seminar will emphasise the importance of precise stylistic description as an underpinning to the more schematic, psychological approach. No prior knowledge of cognitive science is required. 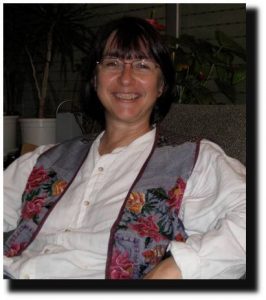 This seminar is an introduction to the methods, theory and practice of a qualitative and critical approach to Sociolinguistics. The goal of this four hour course is to familiarize researchers with some of the main ideas that underlie current sociolinguistic inquiry that is carried out and published in main journals in the field such as Language in Society, Anthropological Linguistics, Journal of Sociolinguistics, International Journal of Bilingualism, or the Journal of Pragmatics. Persons attending the course will have a chance to familiarize themselves with the sorts of questions that get posed within this approach. There will also be a chance to practice doing transcriptions of oral conversations and the issues that arise with this technique, as well to undertake analyses of data that will be distributed in the course.

16:00 – 17:00 Methods and data in qualitative sociolinguistic research This session on methods covers the basic ways of generating data and knowledge by using ethnographic methods. The various conceptions of language and discourse that get taken up in qualitative research are presented along with the sorts of questions and perspectives that are key to this approach. Practice in transcription and issues arising from this technique will also be covered.

17:00 – 18:00 A critical conceptual framework (nationalism, neoliberalism, globalization, power, social in/exclusion) This session looks at the conceptual framework that contributes to understanding old and new ways of looking at language in social processes connected with the current political, social, and economic realities.

18:30 – 19:30 Practice in the analysis of multilingualism from a critical sociolinguistic perspective 1.

19:30 – 20:30 Practice in the analysis of multilingualism from a critical sociolinguistic perspective 2.
The last two sessions are dedicated to analyzing actual data from several published case studies that have been carried out from a critical sociolinguistic perspective by the CIEN research team of the Universitat Autònoma de Barcelona. Language interaction, discourses, language practices, ideologies, interviews, fieldnotes as well as statistical and quantitative data from various research sites, such as call centers, airports, NGOs, telephone companies, and tourist communities are analyzed.